With the world in flux as never before, macroeconomic insight and analysis is always at risk of chasing a moving target. That is especially the case when it comes to the US-China conflict, driven by the oft unpredictable crosscurrents between the world’s two largest economies and their ambitious geostrategic aspirations. Through the combination of blogging and tracking the rapidly shifting news flow, the weekly updates below will attempt to keep you abreast of the latest developments on the US-China watch. 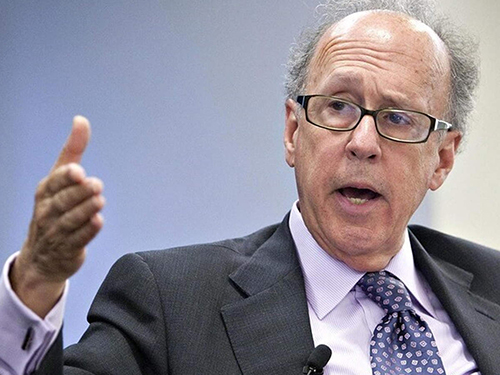 The false narrative is central to my saga of escalating conflict between the United States and China. My new book, Accidental Conflict: America, China, and the Clash of False Narratives, argues that both nations are prone to project into the future unrealistic threats they fear that each pose to the other.

In thinking about the confluence of dueling false narratives on both sides of the relationship, I liken that to the image of the high-octane fuel of conflict escalation — suggesting it wouldn’t take much of a spark to ignite this highly flammable mixture. With plenty of sparks in the air — i.e., Taiwan, the South China Sea, China’s unlimited partnership with a war-prone Russia — the possibility of a catastrophic accident between two superpowers should hardly be taken lightly.

Yet as I talk about the book to audiences around the world — I am currently midway through a three-month book tour, with about twenty presentations behind me and an equal number to go over the next several weeks — I have been struck by a general lack of alarm. Many are quick to reject the very notion of the false narrative, arguing that I am being too cavalier in dismissing hard facts that are far from false.

America’s presumption of the Huawei threat is a case in point. As China’s leading technology company, Huawei has, in fact, been involved in several cases of industrial espionage in the past.  Yet this checkered past — not unlike that of other tech companies, including our own — is really beside the point. As I argue in Accidental Conflict, unlike the Big Lie of the stolen 2020 presidential election, all serious false narratives are fact-based.  The problem arises in projecting those facts into a conjectural threat.

In my discussion of narratives in the book, I stressed, “academic psychologists define ‘narrative identity’ as an imagining of the future based on an autobiographical reconstruction of the past.” Yes, in 2013 a Huawei employee stole a robotic cell-phone testing arm (fondly dubbed Tappy) from T-Mobile. But what does that have to do with imagining a backdoor capability that portrays Huawei as a major threat to US national security?

America’s false narratives on Huawei arise from converting uncomfortable facts into the broader issues of intent that cast the Chinese technology company in the role of an instrument of mass destruction. The same distorted logic stems from concerns over the company’s murky ownership structure, and the long ago Chinese military service of its founder, Ren Zhengfei.  While these facts are not in dispute, notwithstanding some important caveats to each of these impressions that I discuss in the book, I argue that the problem arises from politically expedient motives that convert fact into fiction.

I make a similar argument in focusing on the Washington view that has long fixated on China as the major source of America’s record trade deficit, an imbalance that I attribute to more of a shortfall of domestic saving than to allegations of unfair Chinese trading practices.  The same point can be made about Washington’s latest fear du jour, TikTok — a political case for intent that is unconnected to fact.  China, with its State-sponsored censorship regime, is equally guilty of embracing false narratives.  It blames its failed economic rebalancing on America’s China-containment strategy; the facts of this attempted containment are not in dispute — Obama’s original TPP proposal that excluded China, Trump’s tariffs, Biden’s export sanctions on Chinese access to advanced semiconductors.  The false narrative arises in connecting them to a failed rebalancing that China has no one to blame other than itself.

The political agenda of surprisingly vulnerable nations drives a wedge between a fact-based assessment of the past and alleged threats projected into the future.  That is true of both the United States and China and the confluence of their dueling false narratives that has led to an increasingly ominous conflict between them.

The world breathed a collective sigh of relief at the front-page  photos of Joe Biden and Xi Jinping smiling while shaking hands in Bali on November 14. The steady drumbeat of US-China conflict escalation over the past five years had taken a decided turn for the worse...

END_OF_DOCUMENT_TOKEN_TO_BE_REPLACED

Biden and Xi in Bali

Finally.  After nearly two years of Covid-induced zoom meetings and phone conversations, the fog is about to lift in Bali, with a face-to-face meeting the coming Monday (November 14) between Presidents Biden and Xi on the sidelines of the upcoming G-20 meeting. While...

END_OF_DOCUMENT_TOKEN_TO_BE_REPLACED

Since the days of Deng Xiaoping, the concept of a “rising China” has been central to the nation’s identity. The 20th Party Congress marked an important inflection point in that narrative: Xi Jinping’s third term now appears to be more about national security than...

END_OF_DOCUMENT_TOKEN_TO_BE_REPLACED

While the dust has barely started to settle on China’s now competed 20th Party Congress, a few tentative conclusions can be reached: National security was the key take-away. This came through loud and clear in Xi Jinping’s opening oration as well as in the communiqué...

END_OF_DOCUMENT_TOKEN_TO_BE_REPLACED

Halfway through China’s 20th Party Congress and the news has been fairly predictable.   Xi Jinping’s opening speech on October 16 was long on self-promotion and ideology, but actually about one hour shorter in terms of delivery time when compared with his grand...

END_OF_DOCUMENT_TOKEN_TO_BE_REPLACED

The attention given to China’s upcoming Party Congress far exceeds that preceding any other event in the modern (post-Mao) history of the CCP. The focus has spanned the gamut — from leadership and ideological doctrine to the internal policy debate and China’s...

END_OF_DOCUMENT_TOKEN_TO_BE_REPLACED

Last week, I provided a general overview of the upcoming 20th Party Congress, always China’s most widely watched political event.  I stressed that in this case, the focus will be less on ideology and policy (unlike the 19th Party Congress in 2017, which saw the...

END_OF_DOCUMENT_TOKEN_TO_BE_REPLACED

Every five years the Chinese Communist Party (CCP) convenes a congress of approximately 2300 senior Party members in the Great Hall of the People on Tiananmen Square in Beijing to lay out China’s political agenda for the years ahead.  This year’s 20th Party Congress...

END_OF_DOCUMENT_TOKEN_TO_BE_REPLACED

It is tempting to give America’s Federal Reserve great credit for its recent about-face in tackling inflation.  Three consecutive rate hikes of 75 bps in the federal funds rate (FFR) represent the sharpest increase in the benchmark policy rate over a four-month time...

END_OF_DOCUMENT_TOKEN_TO_BE_REPLACED

Taking its cue from Nancy Pelosi’s early August visit to Taiwan, the US Congress continues to lead America’s squeeze play on China.  At the same time, the Biden Administration is not too far behind in continuing to pressure China.  The combination of these two...