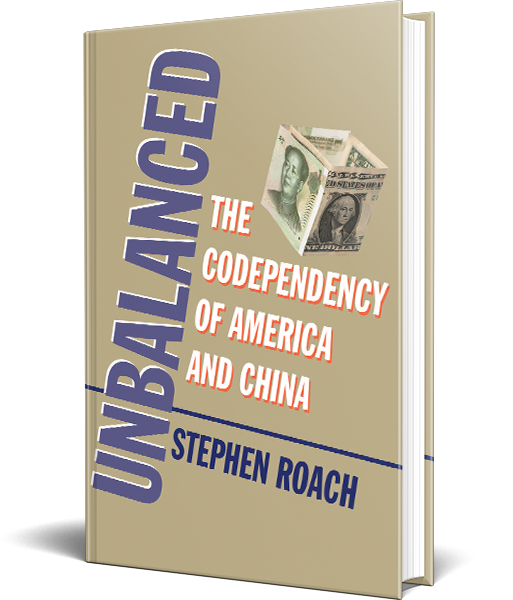 The Codependency of America and China

Since the early 1980s, the relationship between the United States and China has played a key role in supporting both economies and an increasingly critical role in shaping the global economy. Over time, the relationship deepened as the innocence of a marriage of convenience evolved into a more deeply entrenched codependency, leaving each nation uncomfortably reliant on the other to sustain economic growth. That reliance led to unsustainable imbalances in both economies, highly visible manifestations of a destabilizing codependency that resulted in mounting trade tensions and the increasingly urgent need for structural rebalancing. The very real possibility of an “asymmetrical” rebalancing, with one partner (China) taking corrective actions to shift the structure of its economy and the other (America) dragging its feet, set the stage for crisis in this highly reactive codependent relationship.   Unbalanced places special emphasis on the policies and policymakers behind an increasingly fragile Sino-American codependency.

“Stephen Roach combines scholarly expertise and long practical experience in this thought-provoking critique of economic policy. His insights and arguments will influence the debate on both sides of the Pacific.”
—Henry A. Kissinger
“[T]he most interesting part of the book is a barely disguised morality play. Roach sees Chinese leaders as clever, purposeful, and far-thinking. He sees Americans as undisciplined and led by people who undervalue investment and economic planning … His fervour is persuasive.”
—Edward Hadas, Reuters Breakingviews
“Very few people have the breadth of knowledge and the experience to write such a book. Full of deep insights, colorful personalities on both sides, and wonderfully well written.”
—A. Michael Spence, Nobel laureate in economics
Sign up for Stephen’s Dispatches: Subscribe