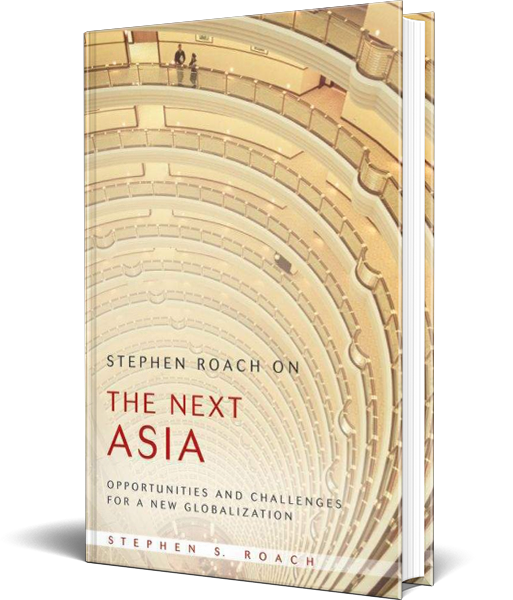 Opportunities and Challenges for a New Globalization

As 2008 came to a close, every economy in Asia had either slowed sharply or tumbled into outright recession. As Morgan Stanley’s Chief Economist at the time and heading up the firm’s highly regarded global economics team, Stephen Roach had a catbird‘s seat on the region’s daunting challenges.  In a series of essays written over the three-year period, 2006-08, Roach chronicles what it was like on the ground during this tumultuous period and peers into an uncertain future. Would the China-centric Asia that emerged from a wrenching pan-regional crisis of the late 1990s stay the course in the aftermath of the Global Financial Crisis of 2008-09? Or would the growth model have to change to cope with formidable challenges to a new globalization? The Next Asia offers a first-hand account of this daunting transformation.

Praise for The Next Asia

“Stephen Roach offers a book of penetrating insights about the mistakes we’ve made and the opportunities that await us in the New Asia. If policymakers from the United States and China heed his words, the world be a safer, more prosperous place.”
—Bill Bradley, former United States Senator

“The Next Asia lays out in forensic detail the breadth and depth of Asia’s economic imbalances, as well as the dangers of the continent’s huge dependence on Western consumers.”
—Rana Foroohar, Newsweek
Sign up for Stephen’s Dispatches: Subscribe