Stephen Roach has long been one of Wall Street’s most influential economists. His work has appeared in academic journals, books, congressional testimony and has been disseminated widely in the domestic and international media.  Roach’s opinions on China, the United States, and the global economy have been known to shape the policy debate from Beijing to Washington.

A combination of thought leadership on Wall Street and academia places Stephen Roach in the unique position as a leading practitioner of analytical macroeconomics.  After thirty years at Morgan Stanley, mainly as the firm’s chief economist heading up a highly regarded global team followed by several years as the Hong Kong-based Chairman of Morgan Stanley Asia, he joined the Yale faculty in 2010.  A passionate teacher, he drew on his rich experience and developed new courses on Asia—notably “The Next China” and “The Lessons of Japan” (click course names to view syllabi).

For Stephen Roach, the debate has always been more important than a precise answer to the complex interplay between economies, policies, politics, and markets.  Fascinated by the lessons and experiences of other nations, he has a special penchant for “forensic macro.” A forecaster by training in his early days as a Fed economist, Roach has long been mindful of the perils of historical extrapolation.  His vision of the “Next China” grew out of this deep respect for the past as a template for the exciting but daunting possibilities of China’s uncertain future. Roach’s focus on the US-China relationship is an outgrowth of the interplay between two major strands of his professional experience—a leading US economist and a leading western analyst of a rising China. His two most recent books—Accidental Conflict (2022) and Unbalanced (2014)—draw extensively on that focus.

Stephen Roach is currently a Senior Fellow at the Paul Tsai China Center of the Yale Law School.  He was the first senior fellow to join the faculty of Yale University’s Jackson Institute of Global Affairs at its inception in 2010 and remained in that capacity until 2022; over that period, he was also a Senior Lecturer at Yale’s School of Management.

Prior to joining Morgan Stanley in 1982, Roach served on the research staff of the Federal Reserve Board and was also a research fellow at the Brookings Institution. He holds a Ph.D. in economics from New York University. Mr. Roach is a member of the Council on Foreign Relations, the Investment Committee of the Metropolitan Museum of Art, the Economics Advisory Board of the University of Wisconsin, and the Advisory Board of NYU’s Graduate School of Arts and Sciences. He has lived with his wife Katie for 35 years in New Canaan, Connecticut. 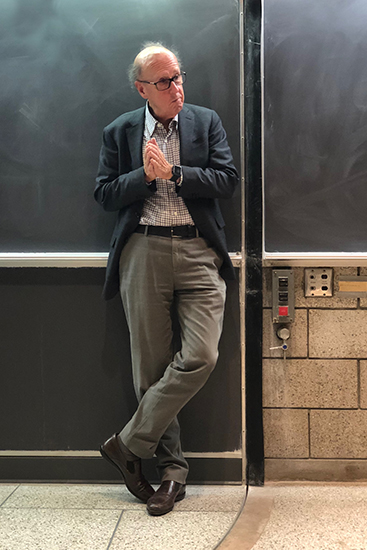